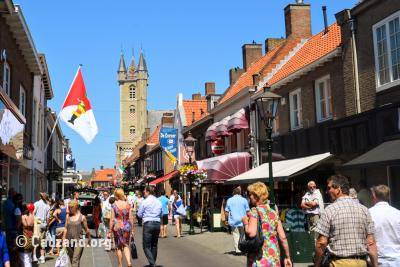 Discover an unique piece of the Netherlands in the southwest of the country, next to the border of Belgium: Sluis. Sluis is known as a comfortable and atmospheric shopping town. This old fortress town has a rich history and a Burgundian atmosphere. The rich past in combination with the many shops, restaurants and café’s make sure that there is an enormous attraction. The choice is enormous as well. The medieval fortress town Sluis has around 5 million visitors every year. A lot of people who want to go out for the day come to the nice center which is situated in between the ramparts of the city. But besides that, Sluis has a rich history, which the visitor will encounter everywhere around the city. 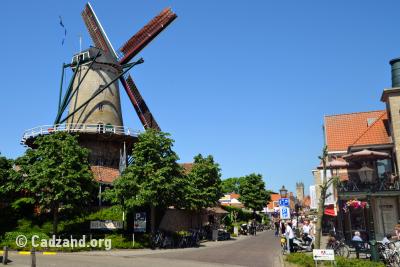 A nice day of shopping in a charming fortress town, who won’t have a good time there? The Burgundian lifestyle can be clearly felt in this town near the border of Belgium. During summer, when many tourists stay at the Zeeuws-Flemish coast, the town lures many day trippers towards itself. Very special in The Netherlands and Belgium is the fact that the shops are opened on Sundays and holidays as well, for a hundred years already. Only twice do the shop owners lock their doors, on first Christmas day and on new year’s day.

Also if it comes to dining, Sluis has a reputation to uphold. The offer is very diverse, from snack bars to starred restaurants. More than 150 shops and 45 restaurants and café’s radiate a characteristic atmosphere and ambiance, which you can only find in Sluis. Every Friday it is market day.

That is why Sluis, despite the low number of citizens, has a big array of shops. The main shopping street in Sluis counts the highest number of meters in Zeeland. The town, which lies only two kilometers from the border, still has a high number of shopping tourism from Belgium. 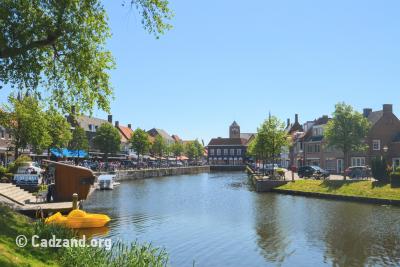 Sluis, which is situated on the left shore of het Zwin, developed itself in the thirteenth century as an out port of the mighty trading town Brugge. When the headwaters of het Zwin silted, the town was only attainable for the trading vessels. At the end of the fifteenth century the mouth of het Zwin is unnavigable as well and Sluis lost its meaning. In 1394, by order of the Count of Flanders, people begun to construct ramparts, gates, canals and a castle, from where the shipping on het Zwin was controlled. The castle was ruined by the French in 1794, and in 1820, together with a big part of the city wall, it was demolished. The remnants of three city gates, the Stenen Beer or Westpoort (1456), the Oostpoort (1432) and the Zuidpoort (1399), have been spared. In 1702 the fortress was being modernized and bastions, courtines and ravines were added. 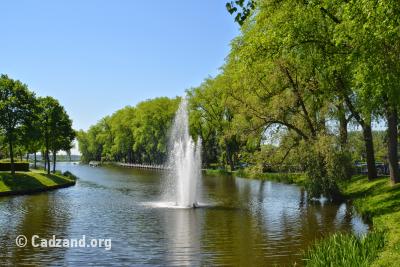 The biggest eye catcher of Sluis is situated at the Groote Markt. It is town hall, which is the only one in The Netherlands which is provided with a belfry, a reinforced tower with four turrets on the corners. The town hall was built as a symbol after the example of the belfries in Gent and Brugge. Such a town hall tower was the symbol of the Flemish urban independence in the Middle Ages. It was built in 1375 and 18 years later it was demolished for the first time, and certainly not the last. During World War II the town hall was heavily damaged but in 1960 it was rebuilt into its original state.

The beautiful interior of the boardroom (woodcarving, tapestries and paintings) is absolutely worth a visit. The boardroom is covered by a beautiful eighteenth century wrought iron fence which comes from the town hall of Middelburg. Along the walls there are paintings and a tapestry (1960). Also you can climb the Belforttower (142 steps). You will be able to enjoy an amazing view over the Zeeland Flemish landscape. 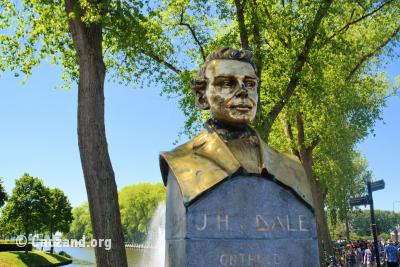 On the Walplein (wal square) the bust of Johan Hendrik van Dale (1828-1872) can be found underneath the linden trees, he was historical researcher and linguist. Sluis is the birthtown of van Dale, the creator of the first Groot Woordenboek der Nederlandse Taal (Great Dictionary of The Dutch language). As a teacher and a city archivist he devoted himself to the writing of school books and articles.

As from 1870 up to his death – he had advanced to the Y – he edited the New Dictionary of the Dutch Language, which later would gain publicity as the Dikke van Dale.