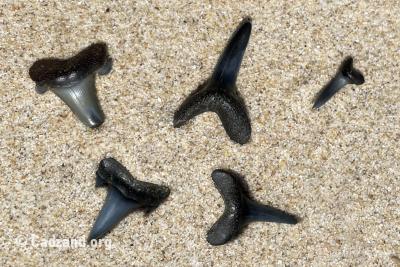 Cadzand and Nieuwvliet are known for their shark teeth. Those can just be found along the beach. They were released in the previous century due to the shifting of the geological strata, and the February storm of 1953. Also because of the blasting of the sand from the sea to reinforce the dunes many shark teeth ended up on the beach. Zeeland Flanders is therefore the place to find shark teeth. 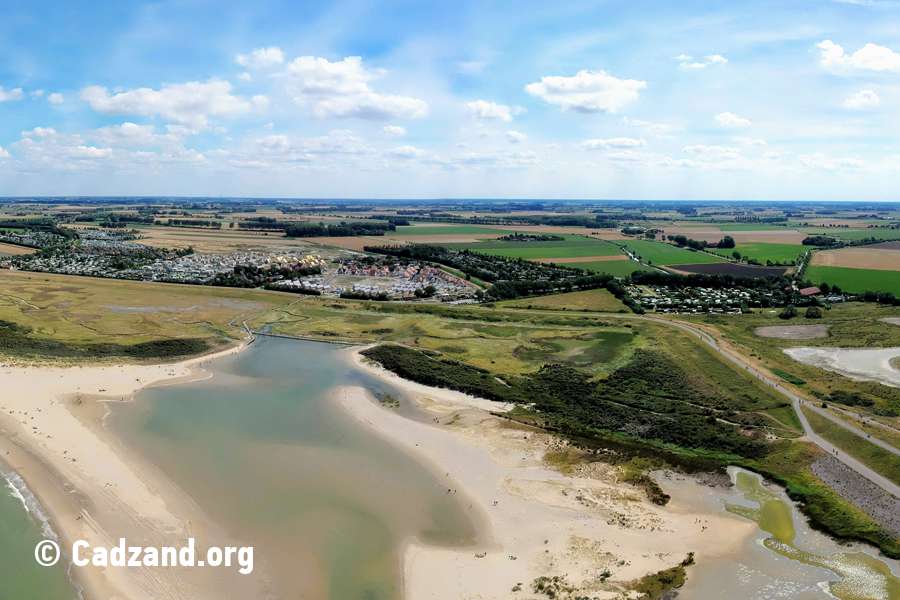 Searching for fossil shark teeth on the beach is for many tourists a great activity in Cadzand. Moreover, a shark tooth also makes a nice souvenir. A handcart, a sieve, bucket and spade will guarantee hours of fun for kids at the beach. 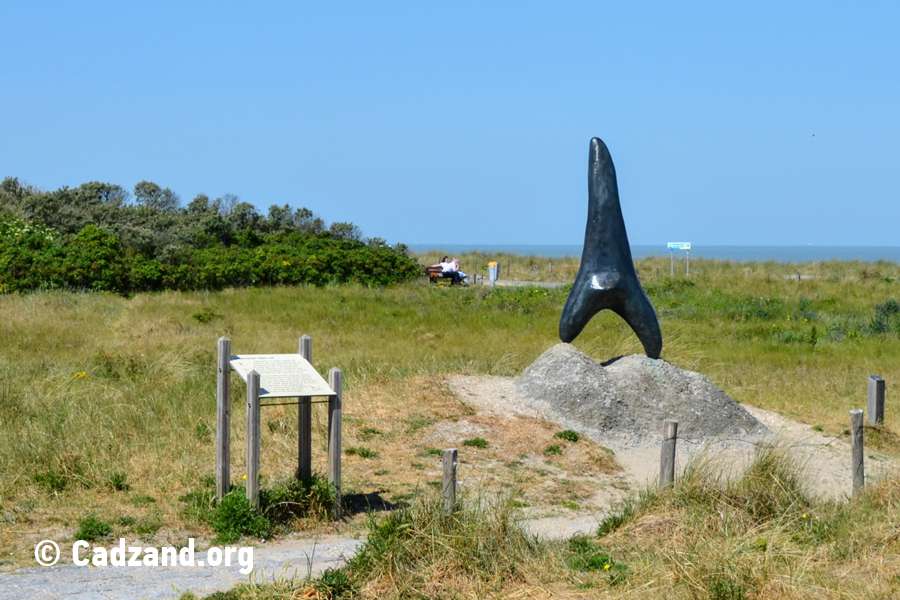 In the past, millions of years ago, the place we now call Cadzand was much further to the south than it is now. In the warm seas there were animals like sharks, stingrays, whales, dolphins and all kinds of fishes. When they died their remains sank to the bottom to fossilize. 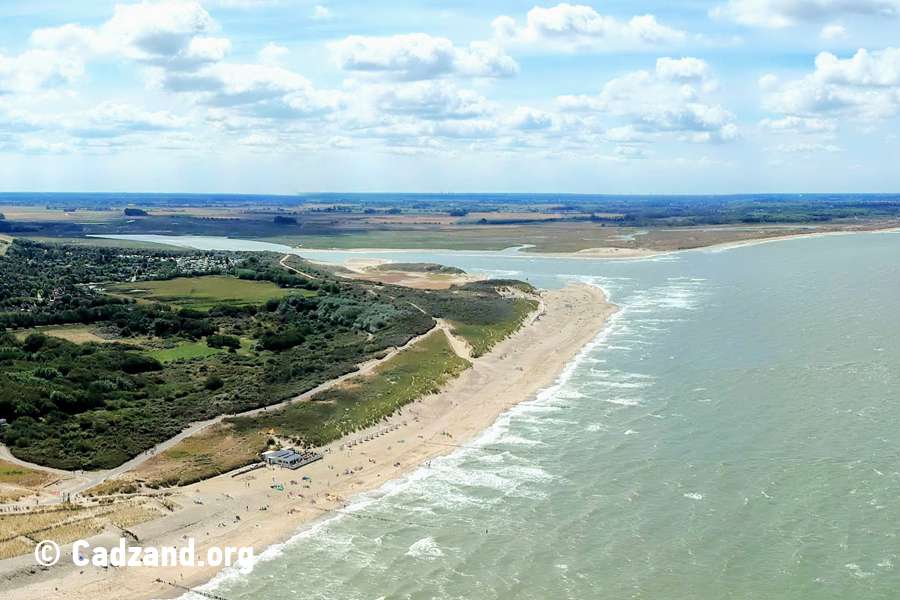 In order to raise the beach a little they suck sand from the Westerschelde and blasted it on the beach. In the sand are the famous fossil shark teeth, and more fossils of animals that once lived there. 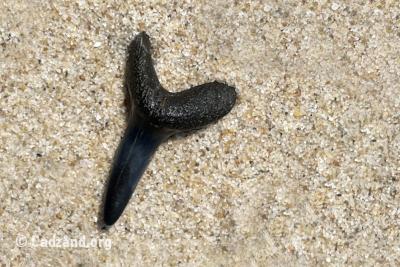 Most fossils can now be found in the Verdronken Zwarte Polder (Drowned Black Polder), a nature reserve to the east of Cadzand, close to Nieuwvliet. The fossils are from the Paleocene, Eocene, Oligocene, Miocene, Pliocene and sometimes even the Pleistocene era. In the 'Verdronken Zwarte Polder' and in Cadzand itself are the somewhat younger species, with the most common one being the Miocene shark Isurus hastalis. Further to the east, towards the nature reserve Het Zwin and the Belgian town of Knokke-Heist, the older teeth are more common. The most common shark species found there is that the Eocene Striatolamia macrota.

Searching for shark teeth is a sport that everyone with a good pair of eyes can practice. You do need to have some patience, and look in the right places. Below are three sites where you may find shark teeth and other fossils along with some tips.

Nature area De Verdronken Zwarte Polder (Drowned Black Polder) is where you may find a lot of smaller shark teeth and other fish teeth, spines from small fish and stingrays and other small species. Most of the fossils are not directly on the seashore, but closer to the sea than the dunes. If you see an area with a lot of shell grit it's recommended to take a look there. The best location is by the radar tower in Nieuwvliet.

The beach of Cadzand is a very accessible fossil search site, and also very suitable for children. It's best to take one of the many dune crossings on the boulevard. Various nice little books came out with finds from Cadzand. Those are available in the tourist shops in Cadzand.

Nature reserve Het Zwin is located to the west of Cadzand. It can be reached directly from the beach, or from the dunes. A good way to look for here is by taking a long beach walk, right along the tide line. You'll probably come across shark teeth as you're walking.

Do you want to find out more about the found shark tooth? Which kind of shark it was, for example. Then pay a visit to the visitor center Het Zwin. The managers can tell you everything about it.

Sharks always have a mouth full of teeth. With most shark species there are a few reserve teeth behind each tooth. If a tooth in the front row breaks off it'll be replaced by a tooth from the back row. So, the new tooth moves up a spot.

A shark will keep a tooth for about two weeks, so during its life it will go through a few thousand teeth. Since there have been sharks around for centuries there's a good chance that you'll find a shark tooth.